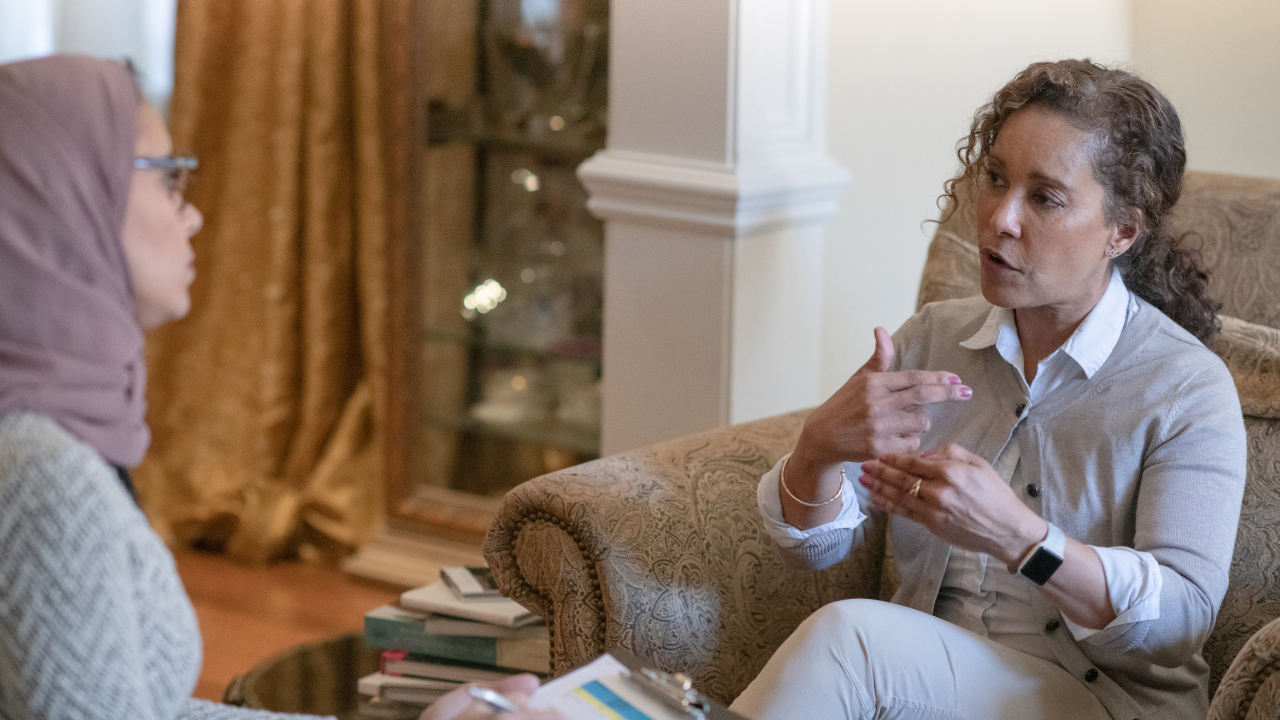 For Eating Disorder Awareness Week this year we wanted to shine a light on the highly stigmatised and misunderstood illness: binge eating disorder.

What is binge eating disorder?

Binge eating disorder will affect one in fifty people in their lifetime.

Binge Eating Disorder (BED) is a serious mental illness where people regularly consume large quantities of food very quickly without feeling like they’re in control of what they’re doing. It can affect anyone of any age, gender, ethnicity or background.

Almost everyone indulges in a large amount of food on occasion, particularly during holiday periods such as Christmas. But for some people, excessive overeating becomes a regular occurrence which feels out of control, and crosses the line to become binge eating disorder.

If someone is developing binge eating disorder the psychological signs are often noticeable before physical symptoms become obvious. These can include:

You might also notice changes in behaviour such as:

The physical symptoms associated with binge eating disorder include:

Like any eating disorder, binge eating disorder can have long-term physical effects if it’s not treated in time such as high cholesterol, high blood pressure, heart disease, type 2 diabetes and damage to the stomach.

The majority of these symptoms are treatable if the illness is diagnosed early enough, and full recovery from binge eating disorder is possible.

Treatment plans for binge eating disorder might include attending Cognitive Behavioral Therapy (CBT) sessions. This involves talking to a therapist, who will help you explore patterns of thoughts, feelings and behaviours that could be contributing to disordered eating.

Group therapy might also be recommended. This allows people to share experiences, thoughts, successes, and problems with others who can relate to their situation.

The UK’s leading mental health charity Beat has a search tool called ‘HelpFinder’ which allows you to find support groups near you. They also run a variety of online support groups throughout the week which can be found here.

How to help someone with binge eating disorder

People with binge eating disorder are often clouded by feelings of shame and guilt from overeating, which can leave them afraid to ask for help.

Start the conversation. If you suspect someone you know has binge eating disorder it’s important to have an open and honest discussion about your concerns.

Provide non-judgemental support by offering to help them find the right treatment, educating yourself on what they’re going through, and listening carefully to their concerns.

Be patient and supportive. Don’t give up if they shut you down at first, it may take some time before they’re willing to open up. Make it clear that you care, that you believe in them, and that you’ll be there in whatever way they need, whenever they’re ready.

Be mindful of triggers. Avoid discussions about food, weight, eating or making negative statements about your own body. There’s often a lot of pain and emotions in the mind of a person with an eating disorder, so it’s important to avoid conversations which could trigger negative behavioural patterns.

Join us this week for Eating Disorder Awareness Week by sharing this information with your friends, family and colleagues, so we can spread awareness far and wide.

“One good conversation can shift the direction of change forever.”